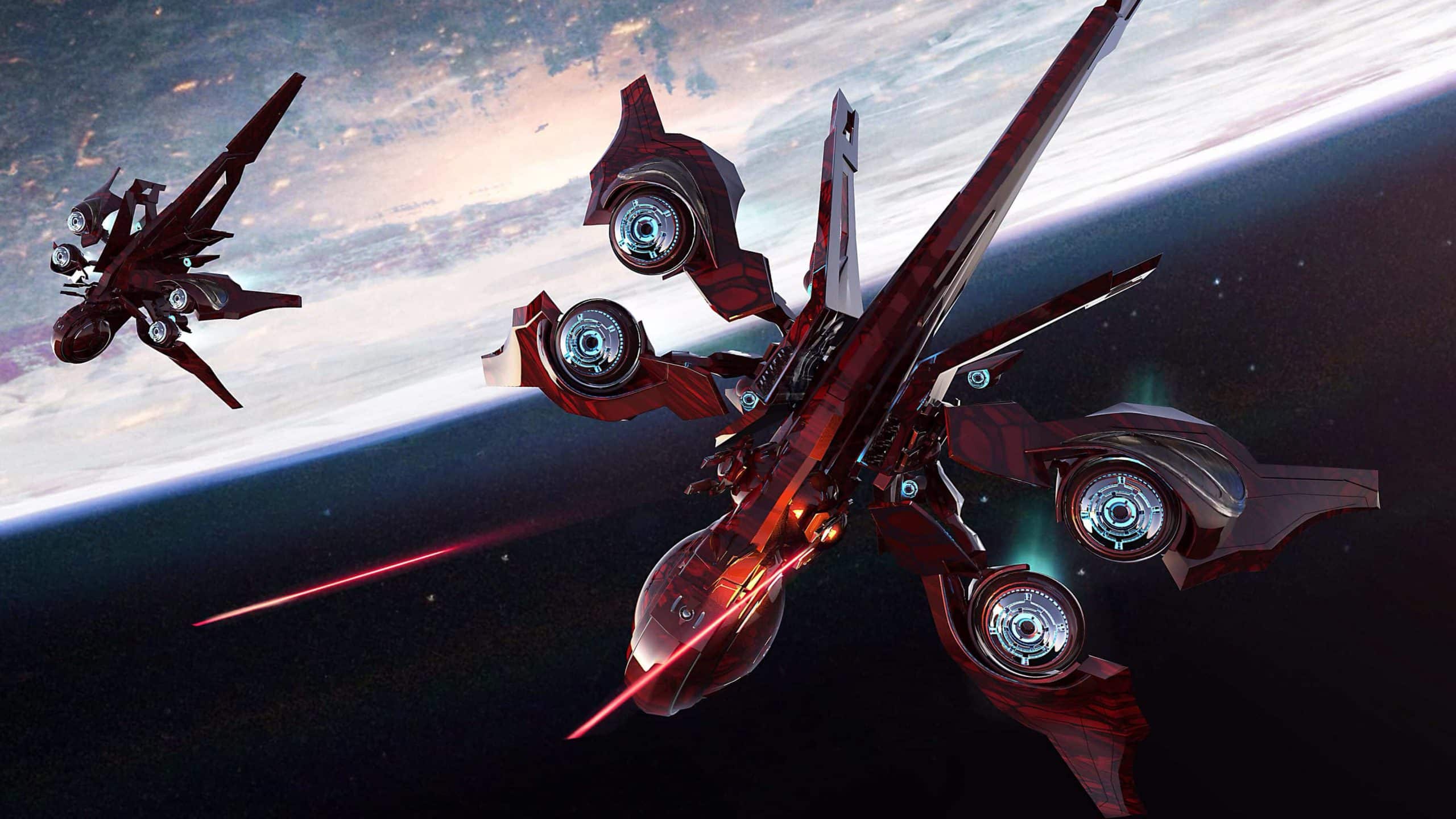 Aopoa is a Xi’an House and spacecraft manufacturer. They hold a monopoly granted by the Xi’an government to exclusively manufacture light craft, such as the Khartu-al (Kal’tuāl) and the San’tok.yāi. One of a growing number of Xi’an corporations that market their products to Humans, Aopoa has sponsored multiple marketing events highlighting the exchange between Human and Xi’an cultures. In 2910, they partnered with Musashi Industrial and Starflight Concern (MISC) to market their products to Humans. Their logo incorporates the crest of the Imperial House Kr.ē

The Khartu-Al (Kal’tuāl) is a Xi’an light scout spacecraft adapted for Human use by Aopoa. Its base model, the Qhire Khartu (Kuail Kal’tu), was originally developed for the Xi’an Empire as a scout and interceptor for the military. Aopoa extensively modified the control surfaces and components of the base model for the Human market. Owing to the fact that it was one of the first Xi’an-designed ships sold within the United Empire of Earth (UEE) it is often referred to as the “Xi’an Scout.”

Here is a short history of publications about the Khartu-Al from the RSI website.

This is an excellent video of the history of the Xi’an species from in-game lore, by The AstroPub. Please subscribe to his channel as he produces the most thorough and best Star Citizen lore content.