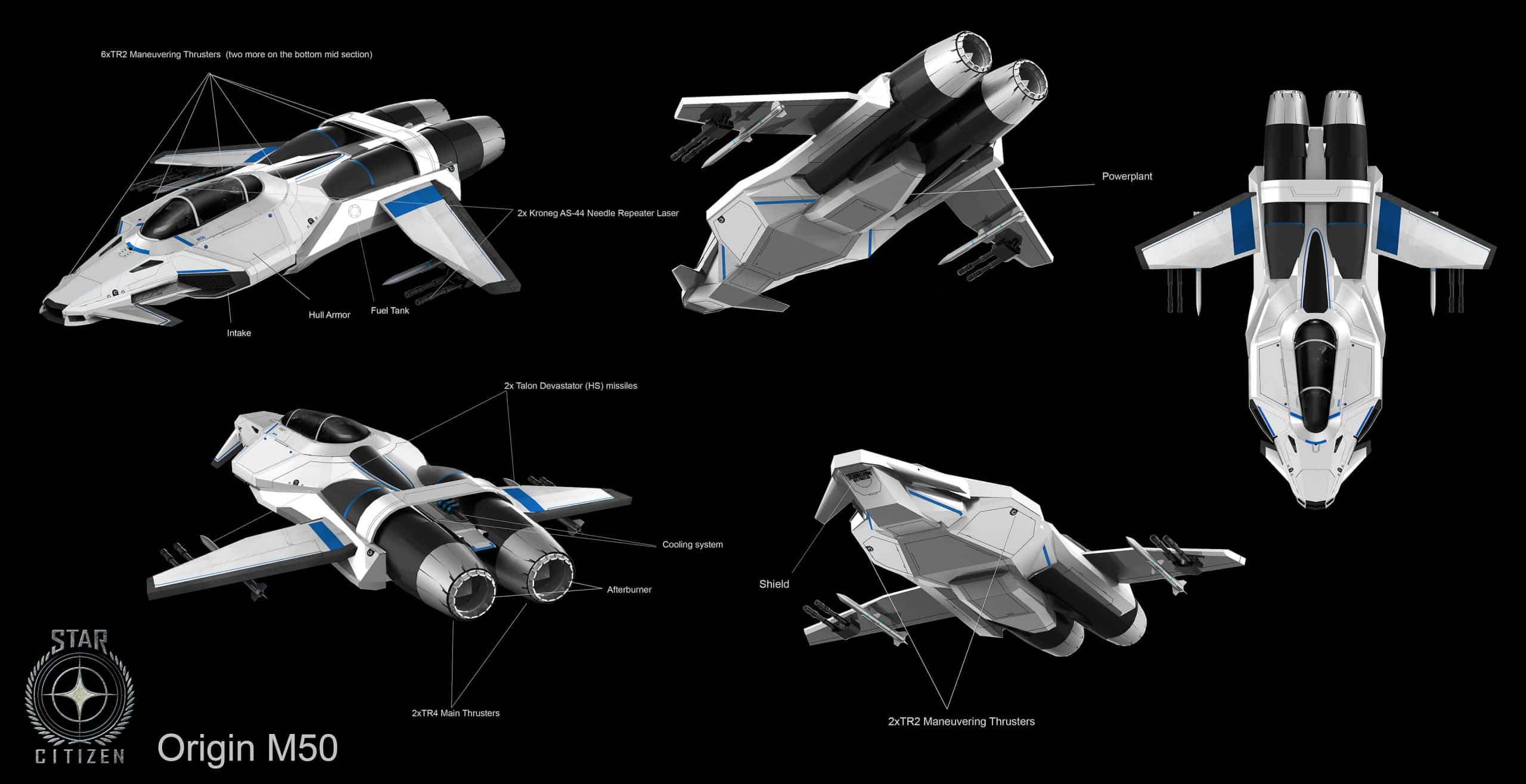 If you want to get from point A to point B as quickly as possible and with as much style as possible then ORIGIN’s M50 is for you. Featuring supercharged engines that counter a tiny weapons loadout, the M50 is a ship for going FAST.
The M50 is a single-seat performance racing spacecraft sold by Origin Jumpworks. Built for speed and maneuverability, it was first conceived specifically to capture the Murray Cup racing trophy. An interceptor model of the M50 is also produced by Origin; this type is actively operated by the United Empire of Earth (UEE)Advocacy. Since its last major rework in 2945, the M50 has earned a number of top racing honors.
Here is a short history of publications about the series from the RSI website. 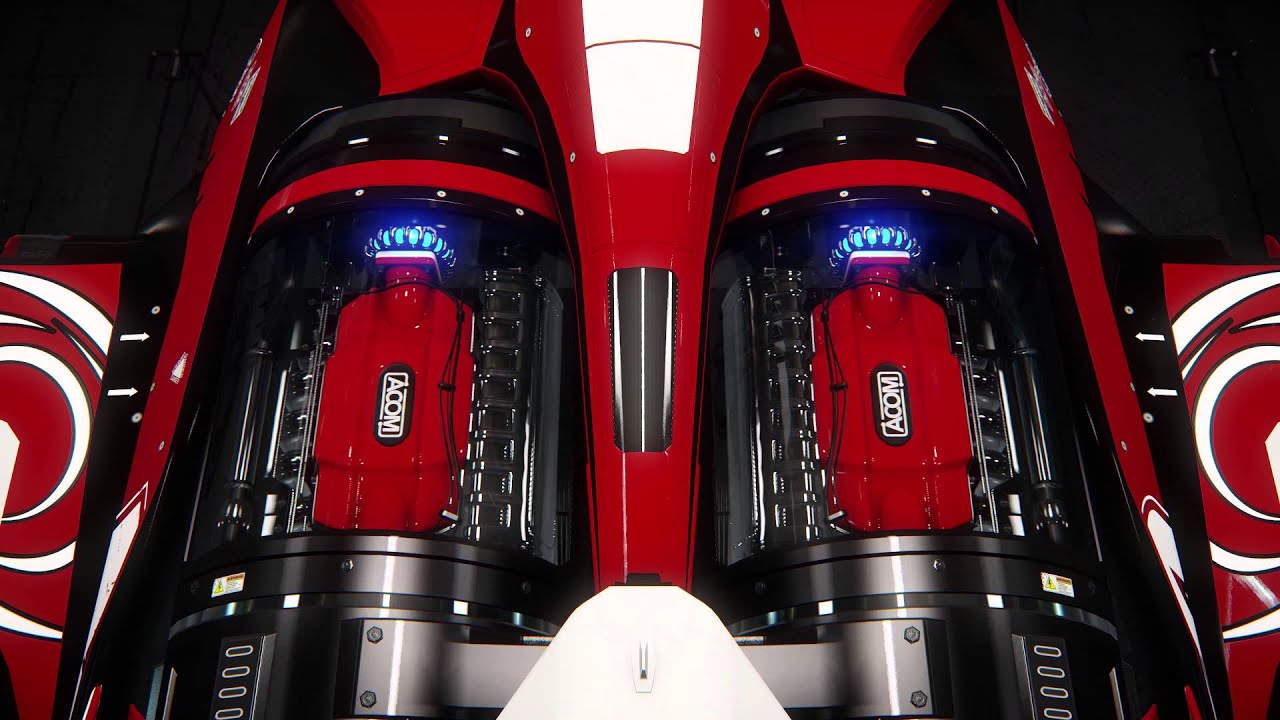 This is an excellent video of the history of the Origin Jumpworks company from in-game lore, by The AstroPub. Please subscribe to his channel as he produces the most thorough and best Star Citizen lore content.