The Polaris is a nimble corvette-class capital ship that packs a powerful punch with a full armament of turrets and torpedoes. Intended for use as both a naval patrol ship and to serve as the flagship of militia operations, Polaris has the capacity to perform search and rescue operations, light strike missions, and general security patrols. The Polaris includes the facilities to repair, rearm and refuel a single fighter, light bomber, or support ship. The Polaris is a corvette-class capital ship developed by Roberts Space Industries (RSI) for the United Empire of Earth (UEE) Navy. Intended for combat situations, the Polaris was designed with a command center, repair and refueling facilities, and a bay capable of transporting one or more small fighters. It is used by the UEEN to conduct patrols and conduct search and rescue operations. Development of this ship was accelerated as a part of the Militia Mobilization Initiative (2946), after which a limited number of Polaris were made available for purchase on the civilian market.
Here is a short history of publications about the series from the RSI website. 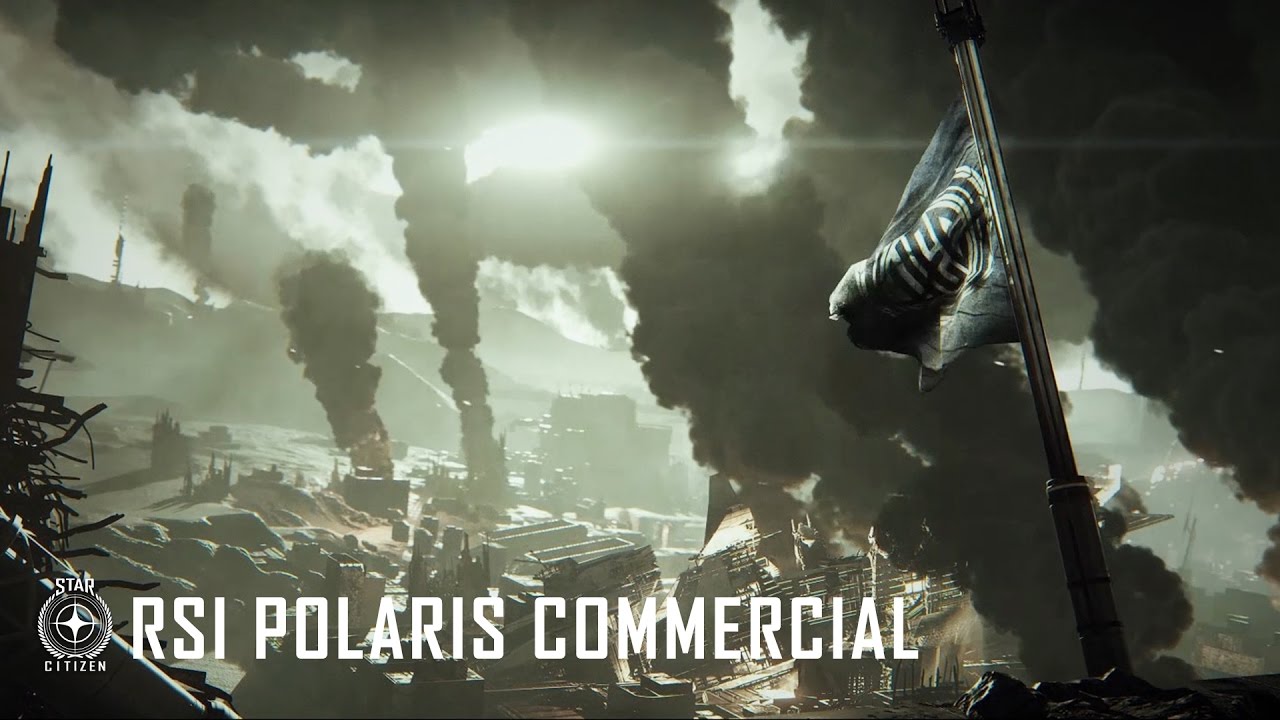 This is an excellent video of the history of the Roberts Space Industries company from in-game lore, by The AstroPub. Please subscribe to his channel as he produces the most thorough and best Star Citizen lore content.